Most people that are wanting to live a healthier lifestyle often think of making their juice, and with the Omega VRT350HD, the person will find that this task is easier to do than they have ever thought.

The Omega VRT350HD is the newest juicer that is offered by the manufacturer and takes everything from past juicers that they have gotten right and combined it into one juicer. 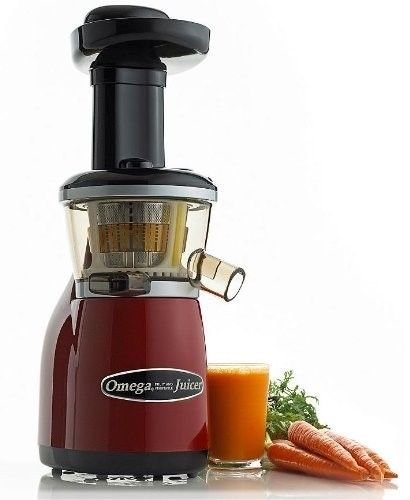 Though the Omega VRT350HD is a product that tons of people are loving, there are some drawbacks about the juicer that people need to be aware of before they decide to buy so that they can compensate for what they will be missing.

One aspect that people are quick to point out is the fact that the opening to put in the fruits, vegetables, wheatgrass or so forth is a bit small and makes it harder to get the juice that you want in a record speed of time.

The person has to cut these down to fit and they will find that if they feed these through too fast that they will have problems of everything getting clogged, which will slow the process down quite a bit. The person must take their time to make the most of this juicer. Another drawback that people are quick to point out is because it does get clogged up, the person will find that they could get quite a bit of pulp into their juice.

For some people, this is not a problem, however other people find this to be quite annoying and something that they cannot stand since they do not like having pulp in their juice.

Other people have reported that the juice comes out at the consistency of apple sauce, rather than juice, which is something that they are not happy with. Customer service for the machine also seems to be a bit lacking, which is disheartening for many people that have questions about the machine.

With all that being known, the Omega VRT350HD still has some great points that people are quick to point out as being something that they love about the juicer. For one, they like the fact that the blades are self-cleaning, which means less hassle for them, especially for those that juice in the morning before heading off for work or so forth.

Another aspect that people like is that the juicer is easy to disassemble to clean up and then put back together. They find that this is something that they could do with their eyes closed.

The design of the juicer with it being vertical is something that most people are eager about as well since it means simply pushing in their fruit, veggies or wheatgrass and never having to deal with any drippings or so forth onto their counters.

It is also a self-feeding machine, which means that the person is not having to exert a lot of force to put the food into the juicer, they will find that this helps to save time and their energy.

So What Are Real Customers For The Omega VRT350HD Stating?

So what are real customers for the Omega VRT350HD stating? Those that have written reviews on various websites often use the words, ‘fantastic’, ‘great’, ‘best juicer ever’, and so forth to describe the juicer that they are using. They find that the time that they are saving in comparisons to what they used to work with is amazing.

Other people point out that at first they were skeptical, but as soon as they got the juicer and tried it out, they have found themselves to be having a great juicing day and they would recommend the Omega VRT350HD to anyone. In particular, one gentleman tried the juicer immediately and is quoted as saying,

“It’s only been a day, but what a great day its been”,

when talking about using this juicer for his juicing needs.

For those that are serious about having a way to juice and make this juice something that tastes awesome, then they should act immediately and purchase one of these. The Omega VRT350HD is the juicer that seems to be the best for even the most extreme juicer that is out there.